The four cornerstones of training

Our knowledge of sports training is still scarce. Often too scarce for coaches to successfully foresee the results of their training and help athletes in winning championship titles. The number of stimulus arrangements which can be used in a training programme is limitless and their selection is subject to a great variety of factors. This chaos, however, can be partially controlled by adhering to the basic principle of training – the principle of adaptation.

All living organisms have mechanisms that enable them to adapt to environment. A change of external conditions entails a change of the organism – it is an elemental principle that ensures the survival of species. Similar rules apply to training. Properly designed and executed training programme should improve an athlete’s performance and prepare him or her for increased training workload.

The process of adaptation depends on four main features:

For adaptation to occur, it is necessary for an athlete to overload his body. It needs to experience a stimulus that it is not accustomed to, therefore the intensity of training should exceed normally encountered level. There are two methods of initiating the process of adaptation. The first is to increase training workload by boosting volume or intensity of exercise. The second consists in substituting exercises that an athlete performs with ones to which he or she is not used to or simply doesn’t know.

Constantly relying on the same exercise which is executed with unchanging workload won’t significantly improve an athlete’s performance. Training with excessively low workload will lead to detraining and only its systematic increase can contribute to the development of motor skills. Therefore, training workload can be divided into three types: stimulating (causing the development of motor skills), maintaining (keeping the level of motor skills on the same level) and detraining (decreasing the level of motor skills). Contrary to what one might think, each of the workload types has a role to play in a workout. Their successful application depends largely on when in a training programme they are used.

Necessity for systematic workload increase, resulting from adaptation, is referred to as progressive resistance training. In many cases, top-notch athletes have been training for a number of years, and it is for this reason that their training programmes are so demanding – often few times more than the programmmes of beginners. Amateurs often make the mistake of using too high workloads, frequently following the lead of the coaches of professional athletes. The process of physical development cannot be shortened in this way. What follows is that training can be effective only if it is based on gradual and balanced development – unfortunately, some things can’t be avoided.

Adaptation in sports training is very specific. For this reason, training methods vary with regard to the sport which an individual practices. Training for strength sports, for instance weight lifting, focuses on maximizing strength gains and explosiveness, while endurance sports, such as long-distance running or road cycling, concentrate on aerobic endurance.

The most important aspect of the specificity principle is the transfer of the effects of training onto an athlete’s performance in the sport he practices. This rule is especially true of circuit training, which due to its supplementary character never translates fully into an athlete’s performance in the sport practiced by him. For example, gaining leg strength by doing squats won’t influence in any significant way leg movement in the front crawl because of different movement patterns, however it will affect the force of the push off the wall during a turn or the length of the jump off a block during a start.

The specificity principle makes the proper choice of exercises in some disciplines a tall order which can be best exemplified by swimming. Strength exercises should imitate as closely as possible the movement of legs and arms that occurs during swimming. The resistance in water is described by the laws of hydrodynamics, according to which water resistance on arms of an athlete is directly proportional to its square velocity. However, none of the traditional exercises and equipment available at the gyms is capable of imitating that movement. While there are machines designed especially for that purpose, they are very expensive and impractical. That said, the choice of exercise appropriate for swimmers is extremely difficult and arouses much controversy among experts.

The issue of the specificity of movement is further complicated by the fact that it is relevant for at least ten different domains: 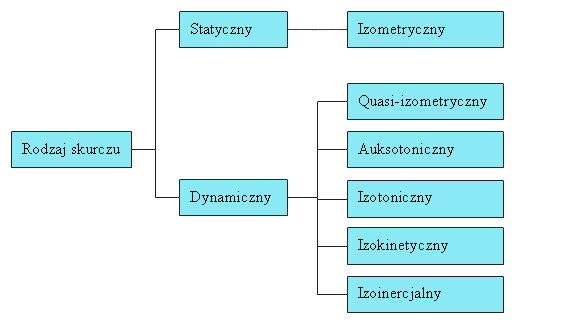 The principle of progression in biology states that the body grows accustomed to an unchanging stimulus applied over a extended period of time. What ensues is that maintaining training workload on the same level weakens the development of motor skills. This rule is illustrated on the diagram below. 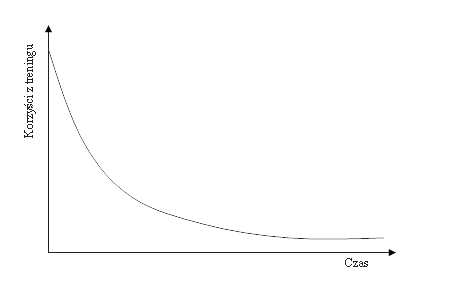 Fig. 2: The effectiveness of training decreases when the body experiences the same stimuli over an extended period of time.

The ability to adapt is one of the reasons why training sessions and cycles should be varied. Constant use of favourite exercises and the same overload is one of the most frequent factors hindering an athlete's development. Unfortunately, the principle of progression clashes with the principle of specificity - high diversity of training methods limits the specificity of training. It is necessary to reach a compromise between the two rules to design a correctly structured training programme.

Every person is different, therefore each aspiring athlete should train differently. Methods, exercises and training programmes, which give the desired results for some people, may fall short of the expectations of others. Those who try to imitate the training methods of world-class athletes often fail miserably. Thus, while planning a training programme, one should bear in mind the importance of an individualized approach. There is no single recipe for success just as the is no one shoe that fits all.

When it comes to training big groups, a problem may arise. It’s difficult to tailor a training programme, for organizational and financial reasons, that answers the needs of each individual. Despite that, it is worthwhile to treat the individuality principle seriously, as it often decides of the quality of a given training programme. 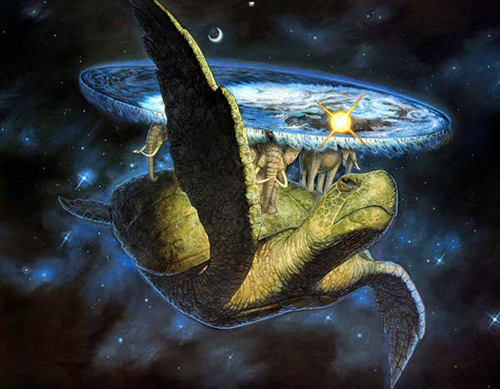 Fig. 3: In the novels of Terry Pratchett, the world is a disc resting on the backs of four elephants which are standing on the back of a huge cosmic turtle. The analogy between the Discworld and training may seem infantile, but at the same time it is quite accurate. ;)

The principle of adaptation constitutes the basis of training. It is the focus of many modern training theories and, despite much controversy around the optimal method of training, it is accepted by most of researchers. Therefore, I think it is a great starting point for further discussion and perfecting one's coaching skills.

A Warm-up Before Training

A warm-up is definitely the most unappreciated and ignored part of training, despite the huge amount of research proving its effectiveness and indispensability in sport.

If I were to choose one universal skill which directly influences swimming technique, I would, without any hesitation, point to the ability of maintaining proper body position in water.